Extra Car Park isn’t paying their workers the $15/hour that the people of SeaTac voted for and is trying to intimidate workers who are standing up for what they deserve. When Extra Car workers filed complaints with the City of SeaTac, their boss started firing them. We all aren’t going to put up with that.

Extra Car workers, other airport workers, Teamsters, SEIU members and other allies marched in front of Extra Car’s parking lot waving signs, yelling and calling management out for their shady treatment of their workers. 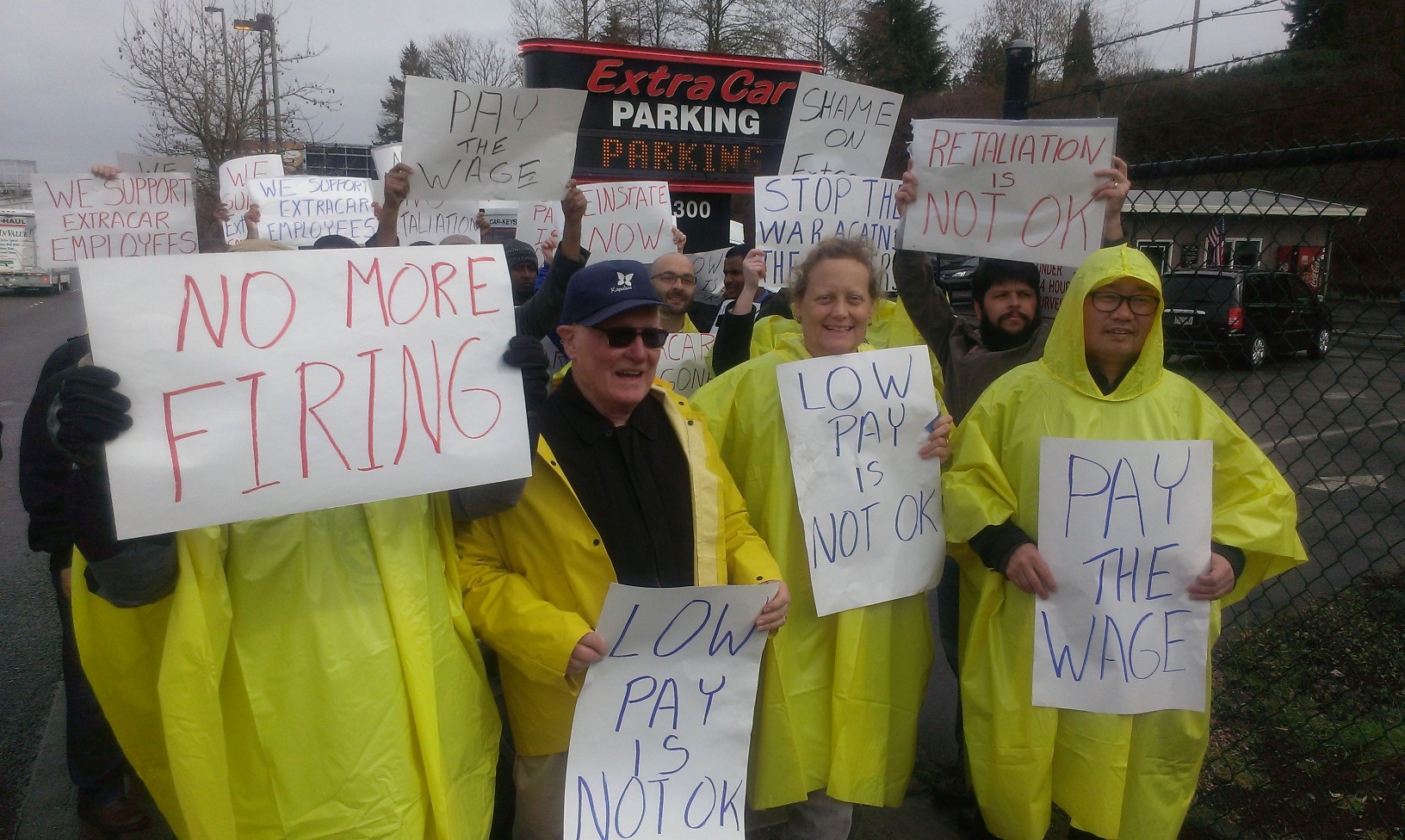 Extra Car management tried to push us, literally, off of the public sidewalk and tried to encourage cars to drive right through us as we marched. We still didn’t back down.

Right down the street we walked into the Air Serv main offices and delivered a petition, signed by the majority of Air Serv workers, calling on management to meet with the workers’ committee.

“You don’t pay us the $15 we deserve,” said Alex Hoopes, an Air Serv worker. “You just keep cutting hours, and cutting hours. You keep hiring new people when the rest of us can’t make enough.”

We cheered as management started mumbling a weak retort.

“How are we supposed to be loyal to you when you aren’t loyal to us?”

We crammed into the Air Serv office, filling it and spilling into the hallway. What we wanted was simple. Management needs to meet with the workers’ committee to start to address the continuing issues of low pay, a lack of respect, and safety issues.

One person shouted out, “Just meet with us!” Another said, “You don’t give us any dignity. We want to be paid enough to actually live!”

As we asked for the management to do the right thing by its workers, one person summed everything up.

“We just want management to agree to meet with us and go over these issues that won’t go away.  We just want respect. And we won’t stop until we get it.”